HomeArchive by Category "Our news" (Page 9)

by Isabelle Ferrièreon 14 January 2019in News, Our news
250 alumni gathered at ESCP Paris Campus on Monday 14 January to celebrate the opening of the bicentenary of the School, sharing a moment of exchange and solidarity.
Here is the link to discover the photos of the evening.
ESCP is increasing it’s momentum through (watch the video projected):
– progress in international rankings

The evening allowed to raise k€38,5 towards scholarships. Thank you to the generous donors of this event.

The strength of a school is also that of the Alumni supporting it. Our objective is to create numbers by the mobilisation of each alumnus to support/commit for his School
The Foundation team is at your disposal for any further support if you wish to mobilise your Alumni network.

by Isabelle Ferrièreon 17 October 2018in News, Non classé, Our news

A big thank you to the participants and generous donors of the first ESCP Fundraising Gala in London. An astonishing total of £220,000 was raised which will contribute greatly to the ESCP Scholarship Programme.

Over 100 guests gathered at the Four Seasons Park Lane for a wonderful evening sponsored by Ondra Partners and New End Associates: a  reception with champagne premier cru Frerejean Frères followed by a gourmet autumn dinner.

Around 15 alumni pledged their support to the ESCP Scholarship Programme for the equivalent of 8 years of study or a total amount of £120,000.

This was an unprecedented demonstration of the unity and the dynamism of our Alumni network, turned into powerful action. It shows its ability to support the School’s growing momentum, as it forges a path to become the number one business school in Europe with a truly global reach.

In the name of the Scholarship Students, and all of the ESCP community, thank you!

Discover the photos of the Gala evening: Photo Gallery 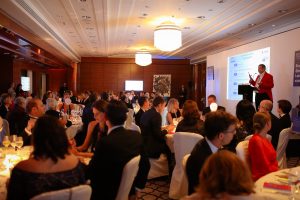 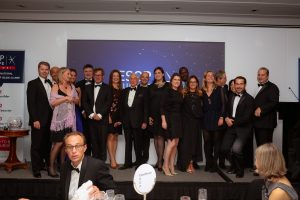 The generous group of Alumni Donors during the Gala 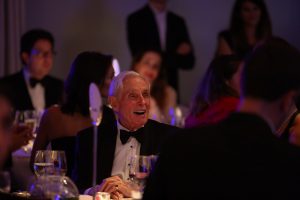 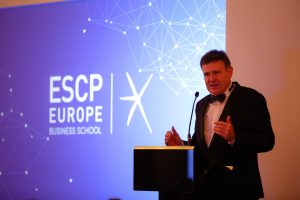 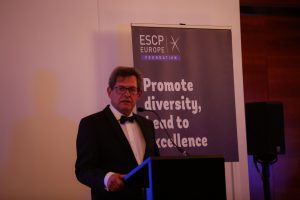 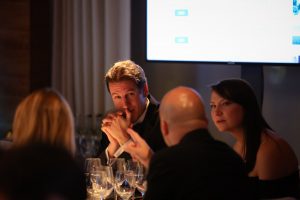 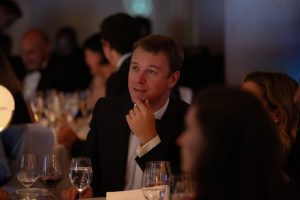 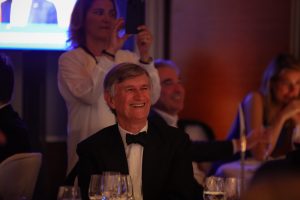 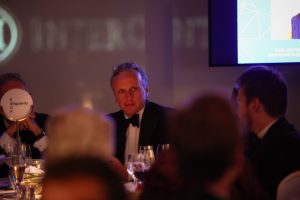 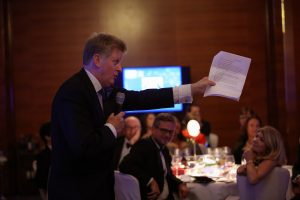 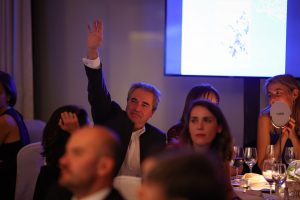 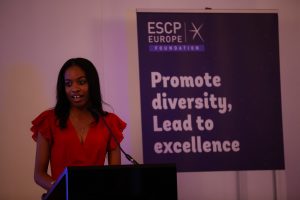 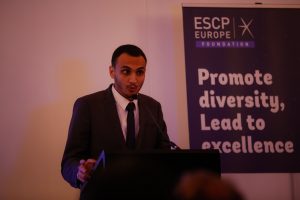 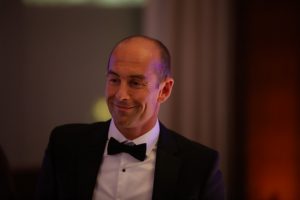 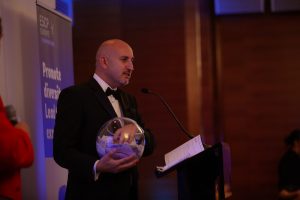 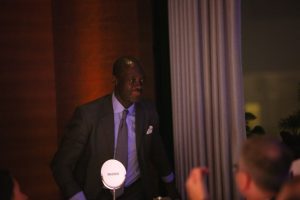 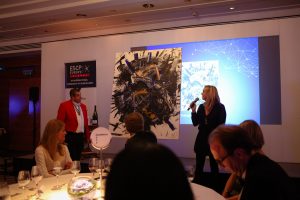 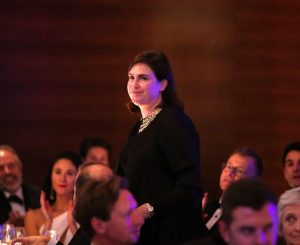 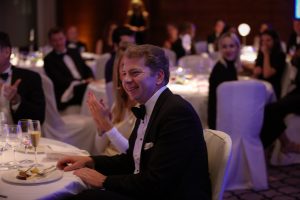 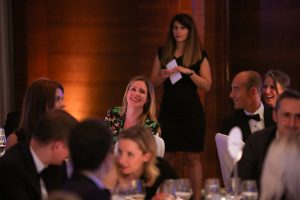 by Isabelle Ferrièreon 2 October 2018in News, Our news

Usually held at the French Senate, the 2018 edition of the ESCP Foundation Annual Cocktail was held at the Italian Embassy under the patronage of Her Excellency Teresa Castaldo, Ambassador of Italy to France.

The event was the first in a series, in which the Foundation will ‘visit’ each ESCP home country via their respective Embassies in the heart of Paris: Italy, United Kingdom, Germany, Spain and Poland. Over 120 Alumni donors or future donors, patrons and friends of ESCP gathered around a glass of Prosecco in the splendid reception rooms and gardens of the Italian Embassy.

Together with Ms Castaldo and Francesco Profumo, President of the Turin Campus, ESCP’s Dean Frank Bournois presented the School’s successes.

Forging a path to become the number one usiness school in Europe with a global reach, ESCP is increasing its momentum through:

Now is the time to make a donation to contribute to the success of your School, and strengthen your pride in belonging to the ESCP community.

We face a challenge with respect to the number of alumni who currently donate: an average of 450 ESCP donors compared to 4700 HEC donors This is critical because Alumni support impacts our ability to leverage support from public authorities such as the Paris Chamber of Commerce. The power of a school is also that of the Alumni supporting it.

Philippe Houzé, Chairman of ESCP, has officially announced the launch of the future Paris campus real estate project, which will contribute to the international attractiveness of our school, . Christian Mouillon, president of the Foundation, proudly announcedPhilippe Houzé €500,000 donation to the School, as a token of his faith in its bright future.

Until then, please enjoy photos from our Alumni Cocktail : 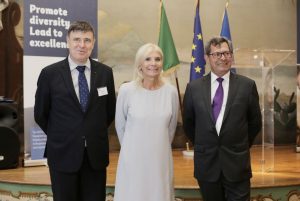 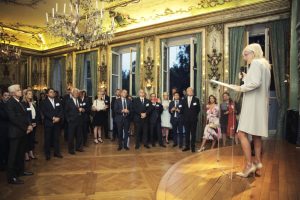 Speech of the Ambassador 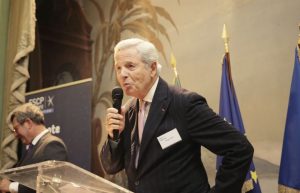 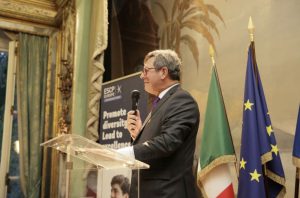 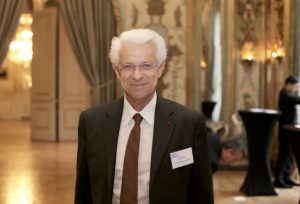 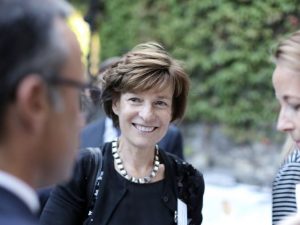 by Isabelle Ferrièreon 24 July 2018in News, Our news 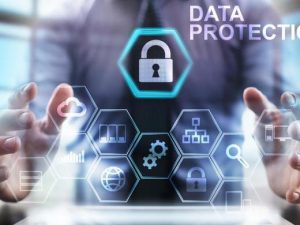 You will have noticed that the new European regulation GDPR (General Data Protection Regulation) is now enforced to better protect your personal data.

At ESCP Foundation, we keep your data to support our school, ESCP, its “Equal Opportunity” scholarship program, its research and its international influence, thanks to donations from Alumni and companies.

Thus, your information supports your school and its students today in becoming the 1st European Business School on an international scale.

by Isabelle Ferrièreon 17 July 2018in News, Our news 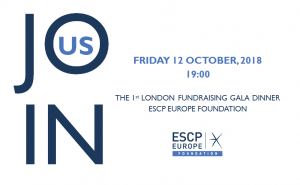 Under the sign of excellence and generosity, the gala will take place in a pretigious hotel, the Four Seasons in Park Lane and will be welcomed by Frank Bournois – Executive President and Dean of ESCP, Simon Mercado – Dean of the ESCP London campus and Christian Mouillon – President of the ESCP Foundation.

The Dinner package will include a Champagne reception, a Gourmet dinner with wines, a Silent & Live auction, ESCP networking and surprises!